The North Carolina Museum of Natural History in Raleigh opened in 1999, and features 27 murals designed and painted by Ali Pearson and a team of five other muralists working at Academy Studios. 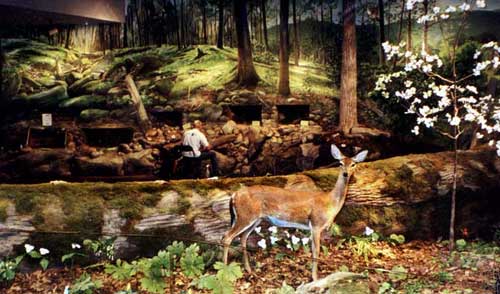 This picture shows Marc Nicely painting on a mural that included 5 tanks for live turtles, amphibians, and fish that had to appear to be living in the mural habitat. A closely coordinated effort with the museum live animal experts and tank interior fabricators successfully achieved the visual illusion.

14′ x 80′
This mural features a group of nesting Edmontosaurs. Dr. Dale Russel lent his expert direction for the reconstruction of the dinosaurs. 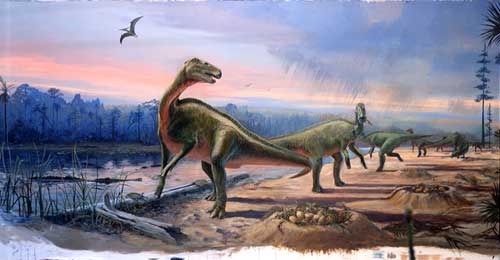 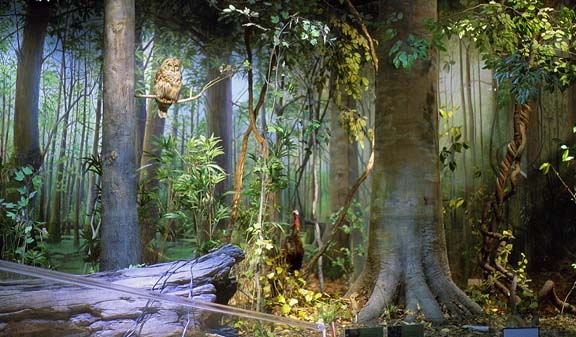 The cypress swamp diorama features two murals. The one on the right wall is painted on theatrical scrim to allow the visitor to view the diorama from the walkway behind it.
Mural is 14′ x 70′ 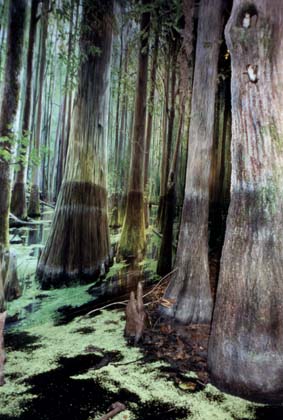 This photo shows the blend between the 3-D foreground and the mural. See if you can spot it!